Skip to main content
Enroll Beginner's Program
Enroll
Advanced courses
Vinod Krishnan is a singer, composer, music producer and educator. Trained in South Indian Classical (Carnatic) vocal music and western classical piano, he is among a new breed of musicians who explore beyond boundaries for new soundscapes. Vinod is the Creative Director for music at one of the world's leading music education and innovation companies, IndianRaga. His work explores aesthetic combinations of different musical genres, pushing boundaries of arrangement, production and technique. He has been featured in BBC, Rolling Stone India, The Hindu, Indian Express, Score, Film Companion, Times of India and other major media. He has trained under Padma Bhushan recipient Madurai Shri. T.N. Seshagopalan, Neyveli R. Santhanagopalan and currently trains with Madurai R. Sundar. He has performed upon invitation for the Indian prime minister Shri. Narendra Modi and U.S. president Donald Trump (2019), the UN General Assembly (2019) and GaanaFest (2018), opening for Arijit Singh. He has collaborated with India's top musicians like Shankar Mahadevan, Vijay Prakash, Ghatam Karthick and Mahesh Raghvan. He has taught hundreds of students for over a decade, and mentored several young musicians.
Enroll 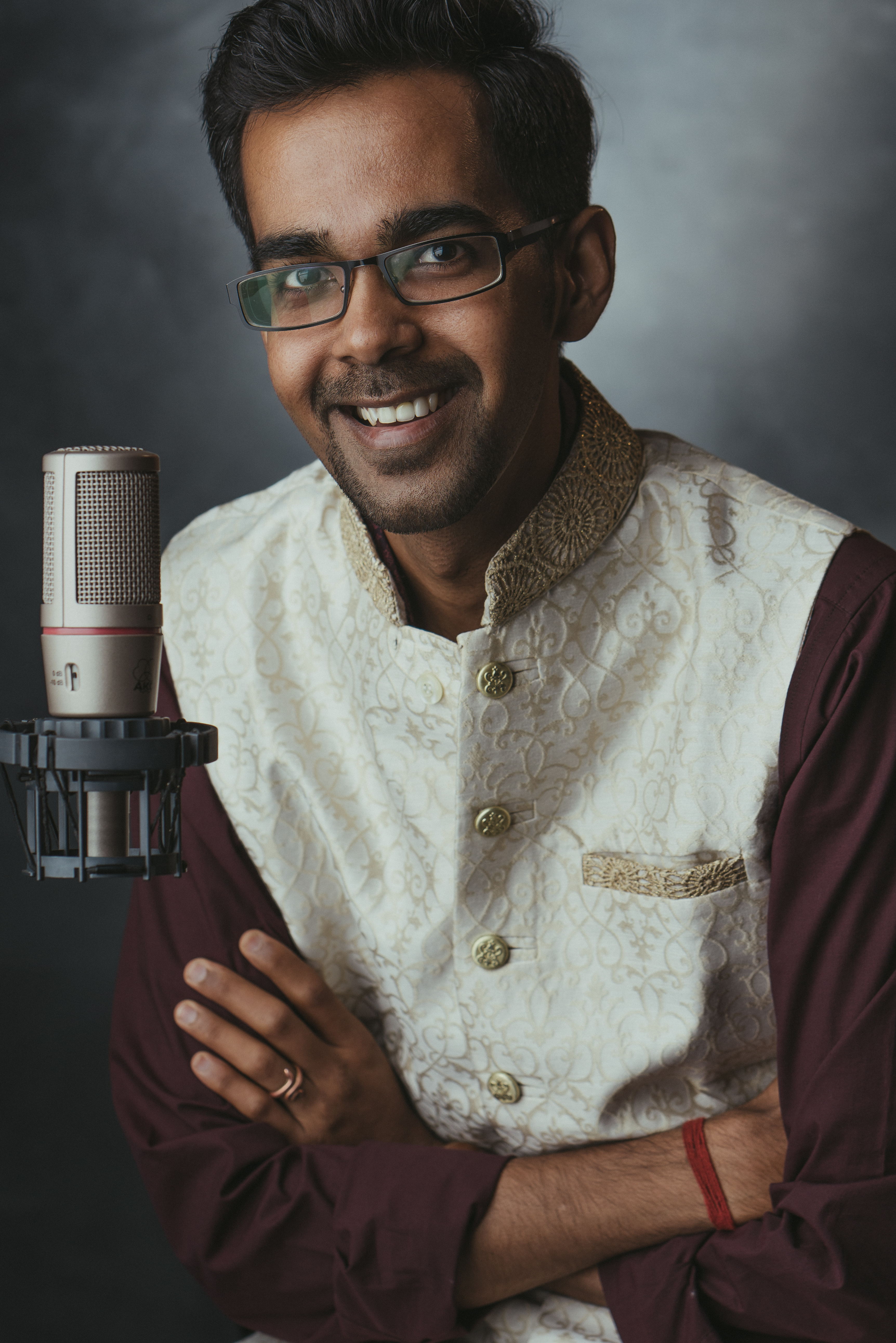 “Vinod Krishnan is an excellent music teacher and my son has been learning from him for the past one year, His classes are not just about teaching music but also the math (yes he gives some math home-works related to music too which amazed me all the time). Would recommend his classes to anyone who is looking for learning the music in the proper way in its purest form.”

“My son has been learning Carnatic music lessons from Vinod for the past 5+ years and he is currently learning varnam and Krithi in parallel. We are very fortunate that Vinod is our very own MN gem that’s located here and he has opened up our kids to Cleveland festival which is one of a kind. Lots to learn from him as a guru. Challenges the kids and brings out the best in them! Again we are all blessed to have him in MN and our kids are fortunate to learn and grow with him”

“He is a very good teacher and explains the intricacies of a raga very precisely. His instructions are very clear and easy to follow. He gives a very detailed feedback about our singing. His classes have rekindled my interest in Carnatic music and keeps me interested in learning more.”

“My son is really fortunate to have found excellent guru, mentor and role model as Vinod. He has been learning Carnatic music from Vinod for over past two and half years and he is currently learning varnam and Krithi in parallel. Vinod’s teaching style is extremely detailed oriented, disciplined and thought provoking. He has the skill to challenge the kids in unique way (rare in modern education system) not only to bring out their best singing talent but to make sure they are consistent with their singing practice! He has maintained the high quality of music education consistent even with his virtual classes. We are truly blessed to have him as a educator for our son and proving it to us that music truly is not bound by a specific language.”

“My daugher has been learning from Vinod for the past 3 years.Currently she is learning Varnam and krithis .His emphasis on basic lessons gives kids a strong foundation.He strongly encourages kids to listen to carnatic music and also gives them a lot of practical exercises in classes on Raaga recognition.His way of teaching draws interest in kids.Very fortunate to have him as her teacher.”